Ace Attorney Investigations: Miles Edgeworth (逆転検事 (Gyakuten Kenji); lit. "Turnabout Prosecutor") is the fifth game in the Ace Attorney series, and the first directed by Takeshi Yamazaki, with no direct involvement by Shu Takumi, who had directed the Phoenix Wright: Ace Attorney Trilogy and was majorly involved in Apollo Justice: Ace Attorney. Codenamed "NEW Gyakuten NOT Saiban" prior to its official announcement, it is a significant departure from the aforementioned past games, most notably in the fact that there are no playable trials, and the game follows the prosecutor Miles Edgeworth as he investigates various crimes. The investigation/trial paradigm that defined the previous games has been revamped: investigations have been made more interactive, with the player now able to move Edgeworth's sprite around the crime scene instead of using a cursor, and with the "Logic" feature added in by which deductions concerning facts can be made. Trials have been replaced with arguments, and transitions between investigations and arguments are more seamless than with investigations/trials.

A direct sequel to the game called Gyakuten Kenji 2 was originally released in Japan in 2011. It has not been officially released outside of Japan, but an unofficial localization patch was released in 2014.

Investigations takes place in the two-month period between the events of Trials and Tribulations and Apollo Justice. It is more similar to "point-and-click" adventure games than the text-adventure style of previous games in the series. During investigations, characters appear as small sprites standing at a specific point in an area rather than as large sprites facing the player. Edgeworth and his various partners also appear in the same manner, and the player is able to move Edgeworth around freely. Many gameplay functions return in similar, if not identical, forms to those in the previous games.

The developers stated that they took great care in animating the characters correctly; for example, they tried to ensure that Edgeworth's running animations are "graceful, while exerting effort". Like the other games in the series, the player can access gameplay features via either the touchscreen or the buttons.

The game is centered around moving Edgeworth to different locations and interacting with different objects and people by examining the former and talking to the latter. The player moves Edgeworth around by touching a directional pad on the touchscreen or the physical d-pad. Edgeworth also usually has a "partner" who follows behind him as he moves around, and Edgeworth can converse with said partner by touching their partner icon on the touchscreen or pressing "Y". As in the core Ace Attorney games, the player can access an "Organizer" (the game's version of the court record) at any time and peruse evidence and profiles collected. There are two main phases of play in the game, which are equivalent to the investigation and trial phases of previous games. However, rather than abruptly alternating from one to the other, the transitions are seamless and the player is not necessarily in either phase at any given time.

In investigations, several modes of gameplay are available, including some that did not exist in previous games. Some areas, like crime scenes, can be examined more closely in a manner that is similar to the "Examine" function in the core Ace Attorney games. Occasionally, the player must look for a clue in an area that contradicts collected evidence and then press a "Deduce" button (or the "X" button) to select the contradicting evidence. Investigations also make use of a second "inventory", called "Logic", that stores important pieces of information that Edgeworth has found. Here, the player can combine two ideas to reach a conclusion. This can create a new piece of information or trigger some other event. Some investigation phases involve investigating a virtually reconstructed version of a crime scene using a gadget belonging to Kay Faraday called "Little Thief".

The other main phase of the game are "arguments", which are similar to cross-examinations in the core Ace Attorney games.

The episodes in the game by gameplay order, with their chronological order in brackets.

For each episode, characters are noted as either debuting (first appearance, but appear in future episodes) or exclusive to that episode (first appearance and only appear in that episode). Characters noted as cameoing have all appeared in previous Ace Attorney games, but appear only as small, full body sprites that often cannot be properly interacted with in this game. Characters with no such notes after their name have either previously appeared in an Ace Attorney game and/or a prior episode of Ace Attorney Investigations: Miles Edgeworth.

While developing the Nintendo DS version of Trials and Tribulations, producer Motohide Eshiro had the idea of making a spin-off series based on a major character in the Ace Attorney series.[1] He ran into Takeshi Yamazaki and suggested the idea to him, and Yamazaki agreed to work on it. In his blog at the official Ace Attorney website, Eshiro described it as a reckless suggestion with an inspiring, enthusiastic, reckless response. Daily meetings occurred soon after that.

Eshiro and Yamazaki quickly established an emphasis on the crime scene, rather than on the courtroom, for the game. Some points of contention during the "endless discussions" included the meaning of searching for contradictions in a crime scene, the possibility of playing as multiple different characters, and conveying an Ace Attorney game without the signature courtroom battles.

Director Yamazaki's original plan was to create a detective game starring Akane Houzuki (Ema Skye). However, producer Eshiro saw Reiji Mitsurugi (Miles Edgeworth) in his mind as the main character of the detective game, partly because he was seen as a more popular character according to fan feedback,[1] and it was so. The game was developed as a follow-up and spin-off to the main Gyakuten Saiban series.[2][3]

Series regular character designer Tatsuro Iwamoto was the first major development team member to be recruited. Apollo Justice: Ace Attorney character designer Kazuya Nuri would later be recruited to update some of the characters he had previously designed, though ultimately ended up designing several of the supporting characters, including most of the victims. Iwamoto and Yamazaki quickly began creating a new ensemble of characters. Mikumo Ichijou (Kay Faraday) was the first new character to be created for the game.[1]

Early gameplay image from Turnabout Airlines. The old touchscreen designs were evidently in use.

The old "court record" design of the organizer.

A demo of the first case, Turnabout Visitor, was available to Tokyo Game Show 2008 attendees. In February 2009, it was added to the TGS website.

Comic-Con 2009, which was held on July 23-26, 2009, featured a playable demo of the English version of Investigations as well as the official North American and PAL release dates.

Another playable demo of Turnabout Visitor and Turnabout Airlines (the first and second case, respectively) featured on CES 2010, which ran from Jan. 7 to Jan. 10, 2010.

Ace Attorney Investigations: Miles Edgeworth wasn't translated in any non-English language. This was justified by the sales of the last Ace Attorney game, Apollo Justice: Ace Attorney, which were stated to be too low. This decision was met with disappointment from non-English-speaking fans of the franchise.

Ace Attorney Investigations: Miles Edgeworth was released on December 8, 2017 on both iOS and Android. However, although the standard "close-up" sprites and location art were updated, the "zoomed-out" character sprites were directly ported from the original DS games, albeit scaled-up to match the rest of the game's elements.

One crime scene was indicated on a map that looked identical to the one used in Turnabout Corner to reveal the locations of the three minor crime scenes Apollo Justice was tasked to solve. The crime scene in question was shown to be located near the spot on which the Wright Anything Agency would have been. This crime scene did not make it into the final game.

A parking lot crime scene that never made it into development. The old touchscreen design was evidently in use.

More of the crime scene.

The canceled map feature. The map looks identical to the one used in Turnabout Corner.

Another crime scene, resembling an airport.

The limited edition of Gyakuten Kenji in Japan included the following:

The Gyakuten Kenji Original Soundtrack was released on June 24, 2009 on two discs. Composed by both Noriyuki Iwadare and Yasuko Yamada, the cover was designed by Tatsuro Iwamoto, the game's designer and art director. It is the only game in the series to have a two disc soundtrack.

Another music disc, the Gyakuten Kenji Orchestra Mini Album, was released with the limited edition version of the game, and featured orchestral soundtracks based on music from Ace Attorney Investigations: Miles Edgeworth, as well as previous games in the Ace Attorney franchise.

In June 2009, an interview with Eshiro revealed that, considering the positive fan reaction to the game, another Kenji game would probably be developed in the future.[2][3] This eventually came to pass with Gyakuten Kenji 2.

In the United States[]

The game received positive reviews from critics. Nintendo World Report gave the game 8.5/10 and said "Ace Attorney Investigations is quite possibly the best entry in the series, as it changes up the tried-and-true formula enough to keep it fresh, while retaining the style and witty dialogue of the previous titles." They gave high praise for the game music and art style, but complained a little on the method of controlling Edgeworth with the touch screen.[7][8] EuroGamer gave the game 8/10, praising the choice of Edgeworth as the main character and the new gameplay and character additions, on which they commented that "For all that's new, it's still faithfully an Ace Attorney game."[9]

GameZone's Steven Hopper gave the game a 7.5/10, saying "Ace Attorney Investigations: Miles Edgeworth gets props for changing up the setting and providing a new protagonist for the franchise. However, the gameplay is pretty standard for the Ace Attorney series, and brings with it the same flaws from other entries."[10] 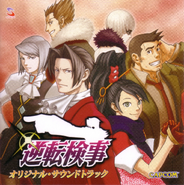 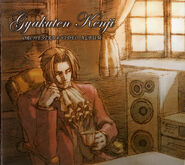 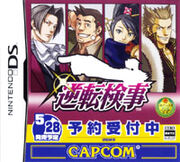 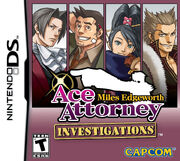 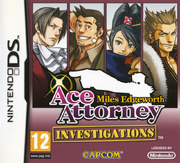 Letter from a Stalker