The game was released on 9th June 2016 in Japan for Nintendo 3DS, and worldwide digitally only on September 8th, with the Special Episode and costume set released as paid DLC. iOS and Android versions were released on September 21st worldwide. The iOS version includes only The Foreign Turnabout, with the remaining five episodes and the costume set all released as paid DLC, while the Android version includes all of the aforementioned content in the initial cost.

Unlike previous main series games, Phoenix Wright: Ace Attorney - Spirit of Justice takes place in two different settings. In the Far Eastern kingdom of Khura'in, Phoenix Wright and Maya Fey come into conflict with a court system that has done away with attorneys and instead views the victim's final moments via the Divination Séance to determine guilt. However, the country is on the tipping point of revolution instigated by the rebel Dhurke Sahdmadhi and his Defiant Dragons group.

Meanwhile, in Los Angeles, Apollo Justice and Athena Cykes remain to look after the Wright Anything Agency, only to face a crisis that not only affects one of its members, but the fate of the entire Agency. To make matters worse, Justice must also face a figure from his past at the prosecutor's bench.

The following are two 3DS-exclusive downloadable short scenarios that serve as non-canonical "what-ifs":

The Rite of Turnabout:

The following characters only appear in person in the non-canonical Ace Attorney Theater short Apollo Justice: Asinine Attorney, although they are referenced in the main game as well.

For the most part, the normal trial and investigation procedures are retained from previous main series Ace Attorney games, particularly Phoenix Wright: Ace Attorney: Dual Destinies. However, in Khura'in, a major new gameplay element, the Divination Séance, is introduced. In these rituals, Rayfa Padma Khura'in uses a "Pool of Souls" on the floor of the High Court of Khura'in to show what a victim saw and felt during their final moments. Rayfa interprets these visions as "Insights", a series of claims about the incident. Phoenix Wright's job is to find contradictions between the Insights and what is actually shown in the visions, which can lead to corrections to the Insights or visions, with the latter being explained as Rayfa focusing more carefully on specific aspects in order to reveal more accurate information.

The 3D evidence viewer also makes a return from previous games, and used to examine specific objects from all angles during the course of the game. In some instances, this functionality is combined with the fingerprinting mini-game from the Nintendo DS era of games. When using fingerprinting powder, the player can rotate, zoom in, and zoom out on an object to pick out a specific area to dust. There is also a limit to how much fingerprinting powder can be applied at a time, though the powder can be blown off to be reused. Luminol testing also makes a reappearance from previous games, being used to spray some locations for traces of blood in a similar manner to its use in Rise from the Ashes.

Spirit of Justice uses a five-strike "Confidence Icon" penalty system; this is the first main series Ace Attorney game since Phoenix Wright: Ace Attorney to use this system, rather than the variable health bar-like "Confidence Gauge" system that has been in place since Phoenix Wright: Ace Attorney: Justice For All. Due to feedback that Dual Destinies gave too many hints to the player, the developers aimed to have fewer direct clues in Spirit of Justice.[1] Additionally, while Dual Destinies only allowed the usage of the "Examine" feature in specific locations, investigation segments in Spirit of Justice allow the player to "Examine" any environment, more akin to the other games in the series. Spirit of Justice nonetheless inherits several elements from Dual Destinies, such as investigation notes, the Mood Matrix, anime cutscenes, and revisualization. The anime cutscenes are produced by A-1 Pictures (the animation studio that produced the anime adaptation), rather than Bones.

Spirit of Justice also contains new features not seen in any previous initial release of a main series game. In contrast to the bare-bones title screens from previous games, Spirit of Justice follows the lead of Professor Layton vs. Phoenix Wright: Ace Attorney and Phoenix Wright: Ace Attorney Trilogy by featuring background music, as well as having a background design that does not simply depict a courtroom. Additionally, an options menu is accessible from the title screen that allows the player to toggle or adjust various settings, such as volume controls, skipping of unread text, and toggling the "Consult" feature, which is a first for the main series titles. The "Consult" feature itself triggers upon losing two Confidence Icons during a cross-examination, rather than after three mistakes as was the case in Dual Destinies. Within the game, cutscenes can now be skipped by pressing the START button or tapping the touchscreen. Like Professor Layton vs. Phoenix Wright: Ace Attorney, there are instances of in-dialogue voice-acted lines, most notably when Nahyuta Sahdmadhi is reciting a sutra, when Rayfa Padma Khura'in begins her Dance of Devotion, and when Dhurke Sahdmadhi says "A dragon never yields."

After finishing Dual Destinies, Yamazaki felt exhausted and wanted to quit from development of more Ace Attorney games. In an effort to convince him to continue, Eshiro brought Yamazaki to events like San Diego Comic-Con and a press conference in Taiwan. After seeing the enthusiasm shown toward him and the series by Western and Asian fans alike, Yamazaki decided to go on directing the next game. To ease the workload on him, Fuse was named as co-director; he would be in charge of graphics and gameplay while Yamazaki could focus on the story.

The developers have explained that they felt that no one could prove a match for Phoenix Wright anymore in his usual setting, so they moved him to a foreign country with a different court system, which would provide a sense of urgency not seen in his usual games.[2] Nonetheless, Wright does return to his hometown for the Special Episode Turnabout Time Traveler. Communion with otherworldly spirits is a concept previously only used with the Fey clan, which is an offshoot of Khura'in's culture. The 3D character models from Dual Destinies were also remade.[3]

A playable demo of the game was available at the 2015 Tokyo Game Show (September 17-19), as were stickers for players, stage events, and a "Special Court" video.[2]

At the beginning of March, Capcom Japan ran a Twitter campaign to have "#逆転裁判 ６" posted as many times as possible, offering rewards as they passed certain thresholds (6,000, 12,000, and 18,000): headshot icons of Wright, Justice, and Cykes; wallpapers; and a special video at the highest tier. Ultimately the campaign reached over 55,500 re-Tweets, meaning all rewards were posted to the official website, with the promised video being an anime prologue for the game.[4]

In March 2016, as part of a Twitter campaign, an 8-minute anime video was released appearing to depict events shortly prior to those in the game.[4] An English dubbed version of the video was shown at Anime Expo in early July 2016[5] before being uploaded to official YouTube channels on August 25. Since the events in the game conflict with those shown in this animated prologue (i.e., the reason for Wright's trip to Khura'in), its canonicity is unclear.

Located at the western edge of the Far East, Khura'in is a kingdom of spirit mediums, with a religion centered around its founder, the Holy Mother. Its court system has undergone a drastic shift due to a mass persecution of lawyers under the Defense Culpability Act. To pass judgment, the High Court of Khura'in relies on "Divination Séances", which consists of a mystic ceremony involving a "Dance of Devotion" and a "Song of Ceremony", which conjures images in a "Pool of Souls", revealing what murder victims saw and felt shortly before being killed. Prosecutor Nahyuta Sahdmadhi leads a police force that works to capture and silence the remnants of the attorneys who have eluded punishment. These remnants object to a court that only produces guilty verdicts and allows no room for rebuttal.

Meanwhile, in a land whose lawyers do not fear persecution, Phoenix Wright and Athena Cykes argue their client's case in court against Prosecutor Simon Blackquill. After the trial is adjourned, they join Apollo Justice and discuss Maya Fey, who is visiting Khura'in for spirit medium training. In her training sessions, Fey is assisted by a local boy named Ahlbi Ur'gaid. Commenting on her role as the upcoming Master of Kurain Village, he compares her to Rayfa Padma Khura'in, the royal priestess, who conducts the Divination Séances and interprets the resulting visions.

Later, Fey calls Wright on her cellphone, but their conversation is interrupted when a Khura'inese rebel with a knife grabs and holds her hostage to ward off his pursuers. In the process, she screams and drops her phone, breaking it. Nahyuta Sahdmadhi incapacitates the attacker, however, and leaves with his target. Unaware of this rescue, Wright immediately decides to hurry to Khura'in to make sure that she is all right. Meanwhile, a man overlooking a graveyard of Khura'inese attorneys heralds the arrival of a phoenix, and with him, "the flames of purification and change."

The Japanese version of Phoenix Wright: Ace Attorney - Spirit of Justice shipped in two versions: a standard version that contained just the game, and a Limited Edition bundle that included the game, a bag in the style of Ur'gaid's tote bag, a plush toy of Shah'do, a drama CD, and a set of Spirit of Justice-themed postcards. The Limited Edition was contained in a two-drawer box designed in the style of the Khura'in treasure box. All pre-order copies also included the Ace Attorney Theater episodes for free and pixel-art keychain charms of the main characters of Spirit of Justice. Purchasing the game in the first few weeks of release also granted alternate costumes for free, after which they became paid DLC.

In Japan, a 3DS theme based on Spirit of Justice was made available alongside the game's release. Three Japan-exclusive downloadable costumes were also made available from June 23, 2016; these costumes are based on characters from Sengoku BASARA, another Capcom franchise, with Phoenix Wright's costume being based on Masamune Date/Azure Dragon, Apollo Justice's on Yukimura Sanada/Scorpio, and Athena Cykes's on Sengoku Basara 3's Ieyasu Tokugawa/Irdene. Moreover, the Special Episode "Turnabout Time Traveller" was released on June 30, 2016; the case was offered free of charge between June 30 and July 20, and then become paid DLC afterwards.

For the English release, the first set of costumes for Wright, Justice, and Cykes were offered as free downloadable content in the first week of release (from September 8th until September 15th, 2016). Additionally, the two Ace Attorney Theater episodes and the full episode Turnabout Time Traveler were offered as paid content, and were released each Thursday following the release of the game. The Ace Attorney Theater episodes each cost $3.99 and came with a 3DS theme, while Turnabout Time Traveler was released for $5.99.

Spirit of Justice sold 196,831 copies in its first week in Japan,[6] which was more than Dai Gyakuten Saiban, but less than Dual Destinies and Apollo Justice: Ace Attorney. Sales figures are yet to be released for the digital-only English localization.

Spirit of Justice received a 34/40 from Famitsu, being awarded two eights and two nines.[7] It holds an 81 on Metacritic, placing it into the 'Generally Positive' category.[8] The game also received a mediocre review from IGN (who awarded it a 65/100), citing that the game has a "bloated middle act" and a flawed new mechanic,[9] among other criticisms. 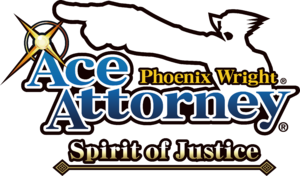 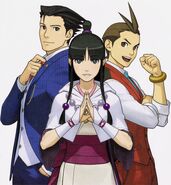 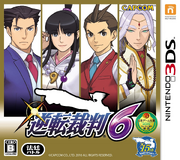 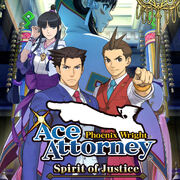 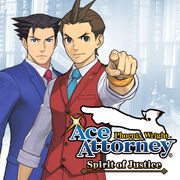 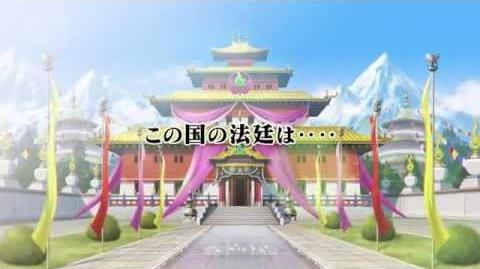 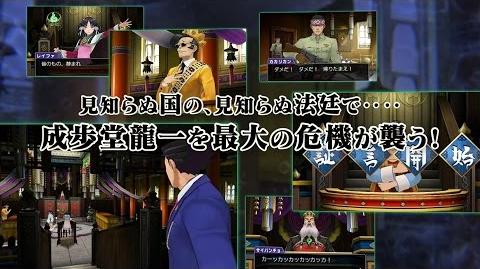 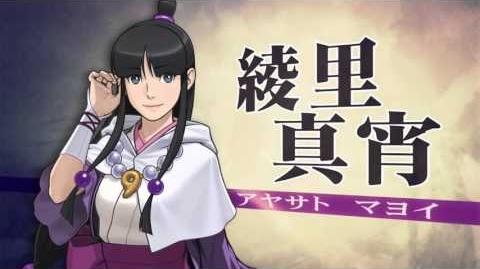 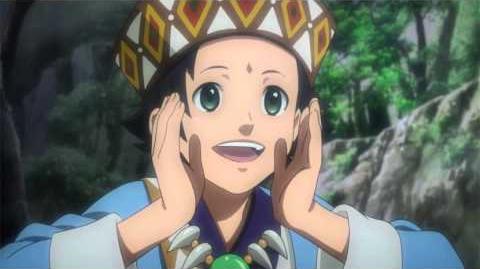 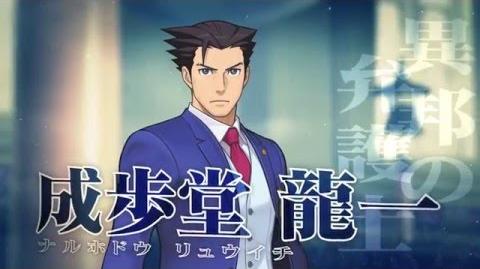 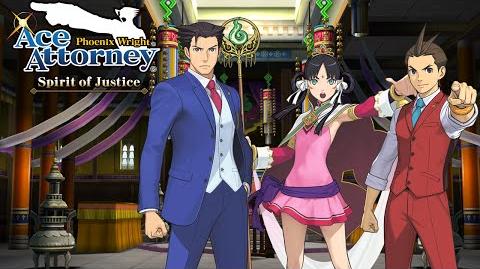 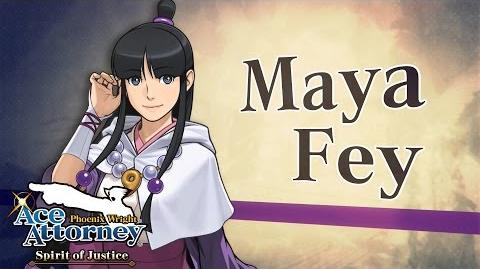 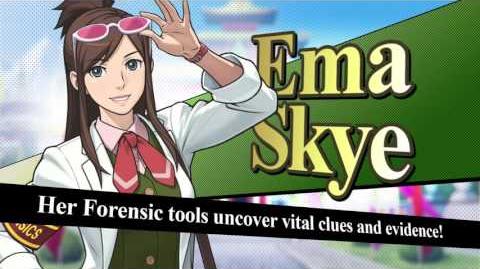 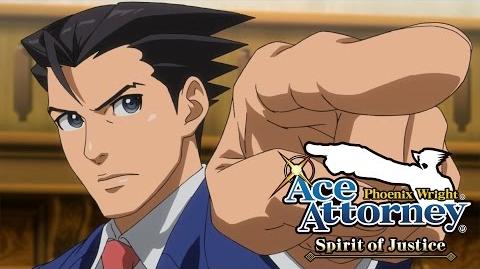 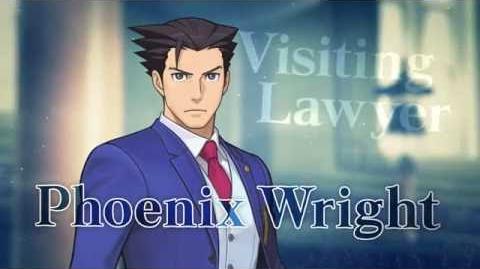 The Voices of Ace Attorney[]