The game was revealed on January 23, 2014, and released on April 17 of the same year in Japan. The game was later announced for a Western release in the winter period as part of Capcom's reveals for E3 2014, and, like Phoenix Wright: Ace Attorney - Dual Destinies, is only available via digital distribution on the Nintendo 3DS eShop. In all regions, the game features the option to switch from Japanese to English.

Versions for iOS and Android[]

In the home console and Steam releases, there are multiple achievements available to get, many of which are carried over from the Trilogy HD release. 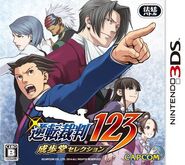 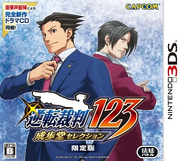