Upon inspecting a suspicious-looking book, Hershel Layton, Luke Triton, Phoenix Wright, and Maya Fey all find themselves in Labyrinthia, a strange medieval-style city in a different world from their own that has recently been falling victim to a number of seemingly impossible occurrences. The town is controlled by a sinister individual known only as the Storyteller. Professor Layton has to solve the mysteries of the strange world he has found himself in, while Phoenix Wright participates in "witch trials", which are similar to the court trials in the Ace Attorney series, to prove the innocence of his client, a girl named Espella Cantabella, who is accused of witchcraft. Unlike the trials he is used to, however, many familiar procedures of the Ace Attorney games are thrown out, and Wright must contend with entire mobs of conferring witnesses.[7]

Investigations follow a control scheme that was first used in Professor Layton and the Miracle Mask. Unlike other games in both series, the scene being investigated remains on the top screen due to it being larger than the touchscreen on the Nintendo 3DS. The touchscreen functions as a trackpad that can be used to move a cursor on the top screen (alternatively, the circle pad can be used). This method of investigation has carried over into subsequent games in both series, including Phoenix Wright: Ace Attorney: Dual Destinies. The touchscreen also has two buttons: one to bring up the menu, and the other to change to a map mode where the player characters can travel to different locations that have been unlocked. Going to each location shows a description as well as the numbers of hidden puzzles and hint coins that can be found.

In the chaotic witch trials of Labyrinthia, many of the concepts that are taken for granted in the Ace Attorney games are thrown out. There are no forensics; merely the presence of blood and footprints functions as evidence in this regard. Logic is a foreign concept and must be slowly introduced. The accused is considered guilty until proven innocent, and all that the inquisition has to do is to find witnesses, who, instead of being summoned one by one, can testify all at once and freely confer with one another. Extra witnesses can even jump in at any time.[8] There is also a book of spells called the Grand Grimoire, which functions as a reference guide to the spells that witches can cast, which can be presented as evidence just like the evidence in the court record.

Hint coins can be spent during a witch trial. This generally causes the game to specify what action needs to be taken, and if evidence must be presented, some of the evidence is blocked off to narrow down the options.

The idea of a crossover between the Professor Layton and Ace Attorney series was a corporate one. Shu Takumi had apparently not known much about the project until well after development had begun on it. Although Level-5 president Akihiro Hino was a fan of the Ace Attorney series, Professor Layton producer Jun Suzuki had never played any of the games before the crossover began development. The development team went through a trial-and-error process to see how best to merge aspects of the two series. The conflicting art styles of the two games was also a problem, which resulted in a compromise between the two (e.g., Wright is drawn more simply than in his games, while Layton is drawn in more detail).[8]

The transition to 3D models was new to the Ace Attorney series, which previously only used brief instances of 3D imagery in Rise from the Ashes and Apollo Justice: Ace Attorney. While Takumi had stated his preference for 2D graphics in his games in the past, he accepted that the transition to the 3DS made 3D graphics inevitable, and that a 3D environment would add depth, character, and flexibility to the game's depictions of the courtroom.[8]

The game was officially announced at the Level-5 Vision 2010 press conference on October 19, 2010.[10] The game was first teased as a crossover between Capcom and Level-5 by Keiji Inafune, then head of Capcom's R&D Management Group, who was talking to Japanese business magazine Diamond prior to the Tokyo Game Show 2010. He mentioned that he had great respect for Akihiro Hino.[11] On September 25, 2010, the game was accidentally outed on Twitter when Jiro Ishii of Level-5 accidentally tweeted to Jin Fujisawa of Square Enix, "Huh? Oh, Gyakuten XX. I'm making it, with Mr. Takumi!" in Japanese, which led to rampant speculation of a new Ace Attorney game being developed by Level-5, similarly to how new Capcom games from established franchises are being developed externally.[12] Jiro Ishii quickly covered up this leak by tweeting later that day, "A misunderstanding seems to be spreading, so let me say that I'm currently working only on Time Travelers." This evidently turned out to be false; Ishii was working on both titles.[13] A Nintendo Dream magazine issue later featured the game and Gyakuten Kenji 2.

A year later, the game made a reappearance at the Tokyo Game Show in September 2011, as well as at the October 2011 Level-5 World event and the January 2012 Gyakuten Saiban Anniversary Event, all of which focused on the Phoenix Wright gameplay. It was then revealed that a 2012 Japanese release was planned. A year after that, the release date was revealed some time before another showing at Tokyo Game Show 2012.

The game made another appearance on Nintendo Direct, this time with an English logo and localized names for the characters "Mahoney Catalucia" and "Jeeken Barnrod" (Espella Cantabella and Zacharias Barnham, respectively)[14].

The game was released in Japan on November 29, 2012. However, it was not until March 28-29, 2014 that localized versions were made available in Europe and Australasia, almost five months after the release of Phoenix Wright: Ace Attorney: Dual Destinies in those regions and North America. North America finally saw a release five months after that, on August 29, though it was identical to the UK version, with British English spellings being used and Luke Triton being voiced by the UK's Maria Darling rather than the U.S.'s Lani Minella. 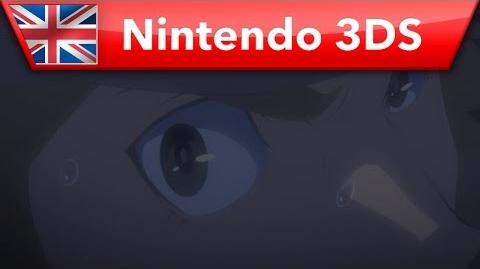 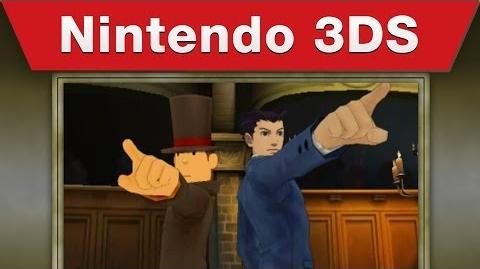 Dutch version
Add a photo to this gallery

Retrieved from "https://aceattorney.fandom.com/wiki/Professor_Layton_vs._Phoenix_Wright:_Ace_Attorney?oldid=92713"
Community content is available under CC-BY-SA unless otherwise noted.