Robin Newman is a third-year student at Themis Legal Academy where she is studying to become a prosecutor. Newman is hot-headed and tends to express herself by shouting. As a member of the fine arts club, she is proud of her skill with ceramics. However, if she finds one of her pieces lacking, she will simply get rid of it. She is friendly with judge student Juniper Woods, and there are rumors at the school that she, known as male at that time, is involved in a love triangle for her affections with cool-headed defense attorney student Hugh O’Conner.

Newman was known as a male student in the academy but in court, Athena Cykes reveals that Newman is female.

When Newman was first introduced, she was shown to be extremely hot-headed and frequently expressed herself by shouting (something shocking even Apollo Justice). She appeared to be something of a perfectionist and tended to get quite emotional when things didn't go her way. Although she retained a lot of these traits once her true gender was revealed, she became much more playful and cheery, frequently spelling out certain words in a teasing manner. She still remained extremely emotional, crying and even fainting after being revealed to be a prime suspect for the case she was involved in.

Newman also had a rather rough-ish voice, sounding very much like a young boy, even when revealed to be a girl. 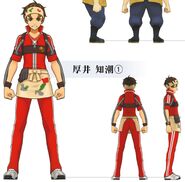 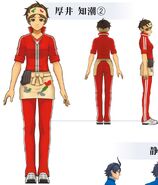 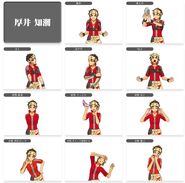 Retrieved from "https://aceattorney.fandom.com/wiki/Robin_Newman?oldid=59558"
Community content is available under CC-BY-SA unless otherwise noted.