I think that these supposed similarities are getting out of hand. The first one at least makes some amount of sense because of the connection to both the coat and the bird, but the coat is pretty generic in shape, and it's not like the bird is all that original, either. I mean, we're talking about situations where generic school uniforms are being compared to Yumihiko Ichiyanagi's clothing. Having one flimsy comparison just provides an excuse to justify all of them. capefeather (talk) 18:23, June 18, 2013 (UTC)

Following that logic, I've removed the Setsuna reference as well. I partly disagree about the whole Yumihiko Ichiyanagi's clothing thing, as both this "Rei" character and Yumihiko both have the same "set of scales" symbol on their badge (law school?), but I will agree that it is a bit flimsy at the moment. Time will tell, sooner or later, time with tell... - Strabo412 (talk) 18:47, June 18, 2013 (UTC)

Anyone know the origin of that black and white symbol on Blackquill's outfit? I first thought it was a microphone, but it does have resemblence to a cartoonish feather a bit New Seeker (talk) 20:57, September 1, 2013 (UTC)

I know that Prosecutor Blackquill was proved innocent during Turnabout for Tomorrow, but can somebody explain to me WHY IN THE WORLD A CONVICTED MURDERER HAS ACCESS TO A SWORD?! And how in the world was he allowed to bring said sword to court? This has been bothering me ever since the first time he snapped his shackles. Mew4ever23 (talk) 03:57, October 31, 2013 (UTC)

Can we just leave it unchanged? I don't want to spark another edit war. And we don't need the CR translation team's favored name, just stick with the official name given in-game.

I'll just copy our little exchange on my talk page over, since you didn't see fit to reply to me there...

For god's sake, don't put up another edit war. Trucy is mentioned in Phoenix's page, yet he's still called "Wright". And forget about the CR translation team, I get the truth from Capcom themselves. "Distorted Swordsmanship" and "Twisted Samurai" mean the same thing, and "Twisted Samurai" is used in-game, so why change it back? --黙りなァ！ 01:00, February 22, 2014 (UTC)

I don't know whether to take your general tone as needlessly aggressive or not, so I'll just assume that wasn't your intent, as that will not be mine in anything I write. Also, I wasn't aware I had "put up" any edit wars.

The "first name/surname rule" is really there for two reasons: to avoid sounding informal while at the same time avoiding the chance of confusing characters with the same surname. For Trucy, you'll notice that her full name isn't given in the main body of Phoenix Wright's page, since she first appears chronologically as "Trucy Enigmar", so there's not really any way that she can be referred to as "Trucy Wright" in the article without sounding awkward (even calling her by her birth name would look clunky). For Simon Blackquill, I think a case can be made that Aura's full name should be given (thus leading to Simon being used), as a woman's surname can change during her life due to marriage. I'll admit that seeing him referred to as "Simon" on the page feels a bit odd to me, but them's the breaks. Those who live by the wiki editing sword must abide by it I guess, even if the blade doesn't always seem as sharp as you might wish...

"Forget about the CR translation team"? Why should I ignore a group working to accurately translate track titles? As for the two titles meaning the same thing: 1) I honestly can't remember if he gets referred to as the "Twisted Samurai" in-game or not, but even if he does, the track name is originally Japanese and "Twisted Samurai" would be an English nickname; 2) I don't know the language, but surely the words for "swordsmanship" and "samurai" aren't the same in Japanese, are they?; 3) I don't see how anything you said is "the truth from Capcom themselves"; that just comes across as arrogant quite frankly...

I suppose it would be better to say this here. For what it's worth, Blackquill is referred to as the Twisted Samurai several times in the English version. I'm presuming that a similar nickname is used in the same places in the Japanese version. If this nickname is the same as the title of Blackquill's character theme, then it seems to me that they should be the same in an English translation. I highly suspect that this is the case, given the pattern that seems to exist in the titles of character themes. I'm just not sure of how the titles are actually structured, since I can't actually read them. My guess is that they're structured as "[kanji of the character's name] ~ [kanji of the pun meaning]", and reading it aloud you'd basically be saying the same thing twice. Hopefully someone who can read this stuff is around and can confirm. capefeather (talk) 21:38, February 22, 2014 (UTC)

As far as I can tell, his full Japanese name (夕神 迅) means something along the lines of "swift distortion", with the track title being "歪んだ太刀筋". Again, I don't speak or read Japanese, so I'm a million miles away from being an expert, but I tried breaking it down and I can't see where "samurai" is in there (which is 侍 apparently, which can also mean a warrior or servant). 歪んだ太刀筋, on the other hand, appears to consist of 太刀筋 (swordsmanship) and 歪んだ (distorted). Other than it being an English nickname for the character, I honestly just can't see any basis for it meaning "Twisted Samurai".

As for the whole name thing, I've only just noticed that Aura is mentioned multiple times on the page, which means that only using "Blackquill" to refer to Simon Blackquill makes some of the sentences very awkward to read. The Turnabout for Tomorrow section in particular is a good example. - Strabo412 (talk) 13:20, February 23, 2014 (UTC)

Just leave it alone before I cut you down. He's referred to as the "Twisted Samurai" in-game, in development, and promotional materials. And Athena's page had her use "Cykes" even though Metis was mentioned. Same basic logic. ChrAplab (talk) --黙りなァ！ 00:04, February 24, 2014 (UTC) 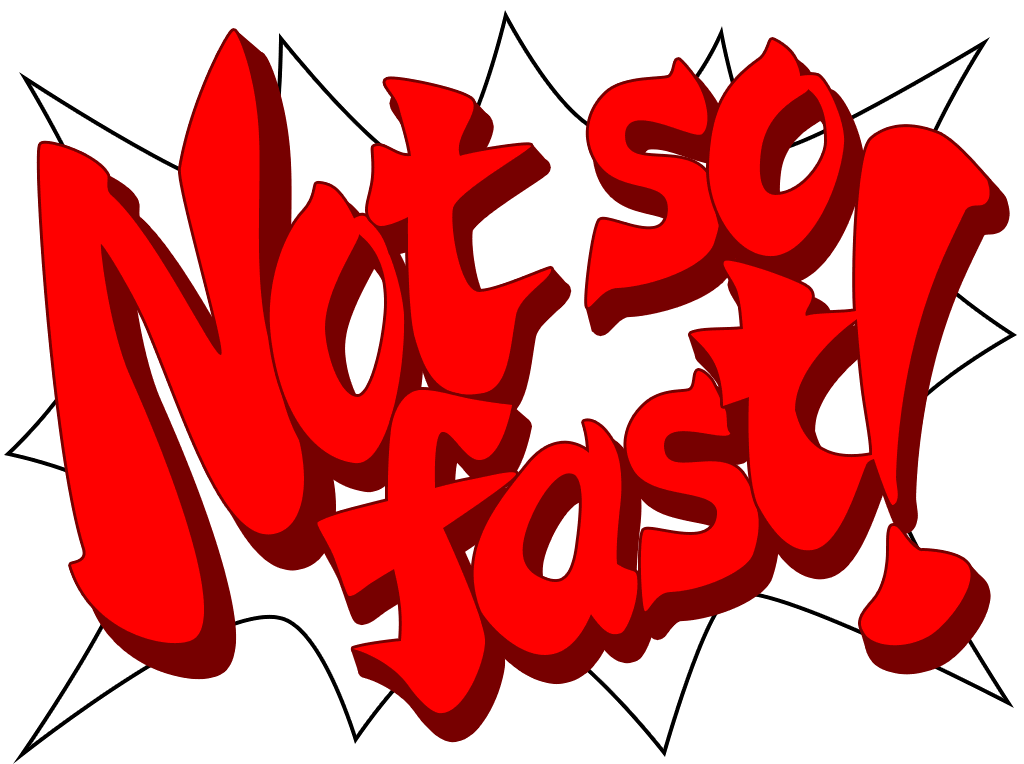 It kinda breaks my heart when I go out of my way to explain myself, and you just go "BECAUSE I SAY SO! NOW SHUT UP!" Why ya gotta be that way? Why?

There aren't any official translations of the track names for any of the games as far as I'm aware. They're all fan-translations. So why not go for one that accurately translates what that track name actually says? As for Athena's page... well... you're the one who added most of the bio, so that choice might be a little biased. But I could fix her page for you if you'd like? Most of the DD and GK2 pages need a little TLC, but I'm only one man. - Strabo412 (talk) 00:29, February 24, 2014 (UTC) 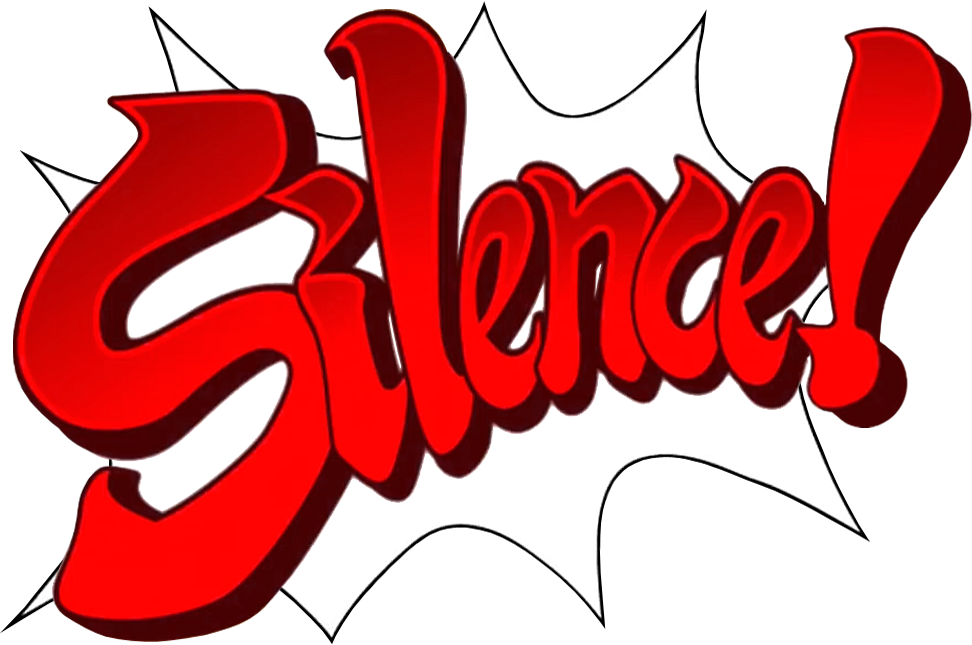 Consider this: I may have written most of it, but Miles Edgeworth's and Manfred von Karma's pages also mention Gregory and Franziska, even though it still says "Edgeworth" and "von Karma" when they're not mentioned. So when Aura is mentioned, just change it to "Simon", but leave everything else as "Blackquill". ChrAplab (talk) 黙りなァ！ 01:01, February 24, 2014 (UTC)

Yeah, there's a sort of "reset" for lack of a better word for those pages, which works quite well. It's a good compromise that I can get behind. What about the track title though? I'm not really getting where you're coming from to be honest. If it's just that the character gets called that in-game, then surely you could just as easily change Luke Atmey's track title to "Zvarri!" instead of "I Just Want Love"? - Strabo412 (talk) 13:06, February 24, 2014 (UTC)

I know it's fun to quote characters, but I'd probably avoid Blackquill for that... Anyway, what I meant was that whatever the Japanese version of the game uses for the "Twisted Samurai" nickname should be compared with the name of the track to see if they're the same. I looked at the Nintendo Direct trailer again and that seems like a dead end. The descriptor when Yuugami is introduced is different from the track title, but it's also kind of long and not likely to be a nickname that's used for him in-game. capefeather (talk) 13:56, February 24, 2014 (UTC)

Since "distorted" and "twisted" have basically the same meaning, I think "twisted" works just fine, since this is the word that game itself favors. The problem is that "歪んだ太刀筋" isn't really used for his nickname in Japanese version, so I can't just ignore the "swordsmanship" in the title and change it to "Samurai" on the whim.

I think "The Twisted Swordsmanship" works well both in terms of accuracy and as a compromise for this conflict. - Sligneris (talk) 14:52, July 22, 2014 (UTC)

No-one seems to know who voices Blackquill. I've read people saying that Travis Willingham voices him, that Troy Baker voices him, and that both of them voice him. But I can't find any evidence anywhere to really support either. The best I can do is that Baker is cited as his VA on the DD IMDb page, which I'm given to understand is at least moderated a little bit, while Willingham doesn't list Blackquill as a role of his on even his own website...- Strabo412 (talk) 09:03, March 31, 2014 (UTC)

There is very little to no chance that Blackquill is voiced by Troy Baker, given Troy's recent union voice acting status and the fact that the voice in Spirit of Justice is definitely the same as Dual Destinies. Since Troy hasn't reprised, well, any of his JRPG or anime roles since he's been getting bigger projects, there's no chance he reprised Blackquill, making it very unlikely that he voiced Blackquill at all.

Also, IMDB should never be the main source of voice acting for dubs since it's not that heavily moderated. Tutuboy95 (talk) 15:44, September 9, 2016 (UTC)

Simon initially testifies that he heard Athena crying in the robotics lab and went there. Of course, it turns out that Metis was already dead, Athena had moved the body to the operating table, etc. This doesn't completely contradict the claim that Simon went to the robotics lab because he heard crying, but it seems somewhat unlikely considering what Athena was trying to do, and the fact that the Mood Matrix tends to replace depictions of false information with depictions of true information. I'm not sure that those reasons are grounds to dismiss the claim completely, and if it is false, there doesn't seem to be an alternative for why he's there, other than he just happened to visit. capefeather (talk) 02:18, July 21, 2014 (UTC)

Well okay, the voice analysis was probably the main reason he was there, but that still doesn't mean he intended to go straight to the robotics lab first. capefeather (talk) 02:18, July 21, 2014 (UTC)

Does anyone else notice that Simon's bird seems to have switched colors?

Retrieved from "https://aceattorney.fandom.com/wiki/Talk:Simon_Blackquill?oldid=109420"
Community content is available under CC-BY-SA unless otherwise noted.