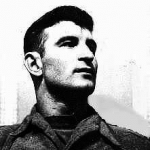 Hi! welcome to the Ace Attorney Wiki! Thanks for your edit to the Apollo Justice page.

Where did you get those?!

Nevermind, I found them.

Sorry, was away for a while. I know you said you found them, but if anyone else is wondering, they were ripped by some fine people over at court-records, and they're in the Google Drive file linked here: http://forums.court-records.net/viewtopic.php?f=12&t=32577

Has quite a few sprite from the last game too, even the jurors with names that fit them. Speaking of the last game, the only mystery left is with Cosney Megundal and those disc's.Whitehorse24 (talk) 02:43, August 8, 2017 (UTC)Whitehorse24

Uh, if you're gonna be using some of those rips, be sure to take them from the 400x240 section. I just realized that they're slightly cut off to the right in the other section (which means desk slam and objection sprites are slightly cut off), and now I have to re-upload all of Susato's bench sprites.

Right-click -> Download -> Save File. Then I just uploaded them at http://aceattorney.wikia.com/wiki/Special:MultipleUpload (since it lets me upload 10 at once per page).

Well, some characters haven't been ripped yet. It's also entirely possible that they HAVE been ripped, but they haven't been put in the folder yet. There's a last possibility, and it's also very likely: they were ripped prior to July 19th, 2017, which is around the time the team acquired an actual capture card. Since they were ripped before, they were choppier and less clean, and so they removed them and haven't re-ripped them again.

Unfortunately, I can only speculate on this. If you really want to know, you'll have to ask the team that is ripping DGS sprites.

Retrieved from "https://aceattorney.fandom.com/wiki/User_talk:Aeliren?oldid=131954"
Community content is available under CC-BY-SA unless otherwise noted.