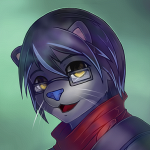 Hi! welcome to Ace Attorney Wiki! Thanks for your edit to the File:Shelly deKiller's Breakdown.gif page.

If you're not sure whether you can write "well" enough, be bold and write anyway. Editing articles is a great way to learn about how the wiki runs, and other contributors will probably come in to make little fixes anyway. We only ask that you be coherent in your edits so that appropriate action can easily be determined.

Please learn how templates work before attempting something major with them. If a word or a block of code is enclosed by double curly brackets ({{}}), it's calling a template. You should go to the template's page to see how it works so that when you edit code that uses the template, your edit will appear as you intended.

Here are a few things a new article should always include:

Hi, you seem to be a great editor on this wiki, so I'll tell you my theory. Jezail Brett and Cosney Megundal were part of some evil organization like the Cohdopian smuggling ring. John Watson, Tobias Gregson, Kazuma Asōgi, and A. Sasha were trying to bring it down. Now that I think about, maybe Nikomina Borschevic was a member too, and Viridian Green, I also think Green is the one who killed William Petenshy.Whitehorse24 (talk) 22:46, June 3, 2017 (UTC)Whitehorse24

I think we just found our evil organization leader. I can't believe he pulled a Richard Wellington (about time he got at alluded to).Whitehorse24 (talk) 19:26, June 9, 2017 (UTC)Whitehorse24

I notice you’re an attender on the Court Records website. In one blog, the unnamed jurors of DGS1 were giving names.

These are all fanmade names right?

These are really complicated cases. But it's not like we have to worry about spoilers considering it's only made in JapanWhitehorse24 (talk) 16:13, August 7, 2017 (UTC)Whitehorse24

Retrieved from "https://aceattorney.fandom.com/wiki/User_talk:BuddyFaith?oldid=142059"
Community content is available under CC-BY-SA unless otherwise noted.